Transport for NSW turned to Circus to announce a new road rule to reduce speed limits around stopped emergency vehicles. 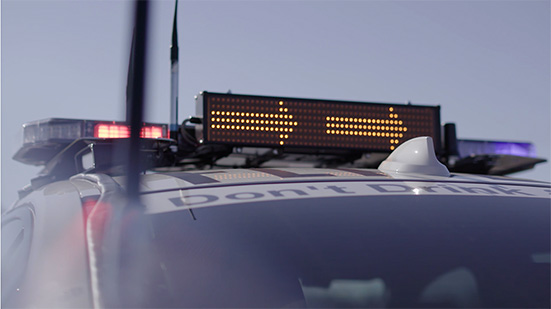 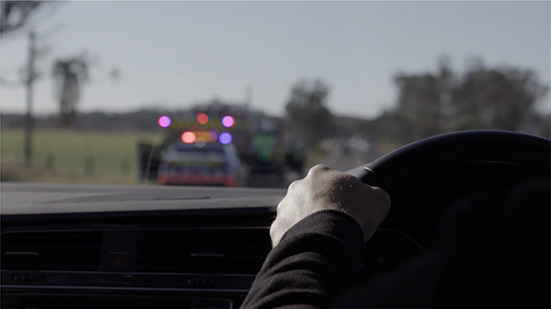 To ensure the safety of all emergency workers, a new road rule of 'Slowing down to 40 when you see the blue or red flashing lights of emergency vehicles stopped at the side of the road' needed to be succinctly and broadly delivered to motorists across NSW.

As new legislation, it was the responsibility of NSW Government to ensure the public was sufficiently aware of the change, what it involved and when it would come into effect.

The insight is that motorists often don’t see past the rules and regulations to the reasoning behind them.

For authorities such as police and rescue, too often we see the uniform and not the person.

The strategy developed by Circus was to humanise the (many different) uniformed workers of emergency services in a campaign to generate greater empathy and appreciation, creating a greater chance of engaging the audience and eliciting the desired response.

A dualistic approach was taken across creative to run across digital and social channels.

To engage and influence the behaviour of our audience, the face (and voice) of the campaign featured real Emergency Service workers.

The tone of the message was sincere but not heavy handed.

The message was authentic and relatable, outlining the simple truth that Emergency Service workers are 'people like you' and are at their most vulnerable when they respond to roadside incidents.

The major focus for social media was to engage with stakeholders to help drive incremental campaign reach and provide detailed information about the new road rule.

As the campaign related to the introduction of new legislated road rules, it was imperative to target all road users across the state.

Supporting these, were highly instructive realistic 2-dimensional animations clearly articulating the technical details of the new road rules. The major focus for social media was to engage with stakeholders to help drive incremental campaign reach and provide detailed information about the new road rule.

To develop the social media video content the Circus Creative Director interviewed emergency workers on location with the support of a cameraman.

The design and animation of the instructive animations were developed in-house in the Circus studio.

The campaign successfully raised awareness of the new road rule. Across paid, owned and earned channels, the campaign reached 80% of NSW drivers.

The campaign achieved 85% awareness of new road rule overall, with a 70% intention rate to follow the new rule.

Social media posts were shared over 32,900 times, and attracted more than 33,700 comments.